In Clifford D. Simak’s novel ‘All Flesh is Grass’ (1965) a small town becomes inexplicably isolated from the rest of the world by an invisible and impenetrable barrier. The central character Brad Carter, a near bankrupt business owner, becomes an interspecies conduit with the entities responsible for the shield encasing the town. The beings are extra-terrestrial in origin and take the form of purple flowers. Carter takes on a role of ambassador of sorts, in order to speak the flower patch’s message of peaceful coexistence for all in the universe. The phrase ‘All Flesh is (as) Grass’ is also commonly used as an epitaph for many who have passed on and joined the soil, acknowledging life’s cycle and interconnection.

The meeting place of interspecies communication and mortality is central to the 1978 film ‘The Kirlian Witness’ (aka ‘The Plants are Watching’) directed by Jonathan Sarno. Self described as ‘the first botanical thriller’ the film is a murder mystery where the key witness is a plant. The protagonist Rilla begins to unravel the circumstances of her sister Laurie’s untimely death by delving into her sister’s fondness and connection to plants. She locates a copy of the book ‘The Secret Life of Plants’ (1973) by Peter Tompkins and Christopher Bird to better understand her late sister’s fascination. This leads Rilla to one plant in particular, a ‘silent’ witness that she begins to understand through experiments with Kirlian photography and other methods. Tension builds when two men in Rilla’s life become the prime suspects. She must navigate their aggressive male chauvinism, and the resulting dangers. Retribution for Laurie is found in the end, thanks to Rilla’s diligence and the help of the perceptive plant.

The exhibition ‘All Flesh is Grass’ at Kim? Contemporary Art Centre, Riga, will be structured around questions of plant consciousness/agency and interspecies communication/empathy. Engaging with these concepts as ‘mysteries’ the project will utilize play as a form of enquiry. ‘The Kirlian Witness’ and its context of 1970s (pseudo) science will be the departure point, paired with measured critique and expanded questioning. The method is a collaboratively developed immersive game that envisions the space at Kim? as a set, and a site for experimentation. Reference points include techniques/approaches from: LARP (Live Action Role Playing), LAOG (Live Action Online Games), TTRPG’s (Table Top Role Playing Games), MMO’s (Massively Multiplayer Online Games), and TV adventure games. The exhibition features: a public research lab with scrolls containing data pertinent to the development of the project; sound from a modular synthesizer; a self directed guided meditation; a soil tray; and a potted Ficus lyrata in front of a green screen. Additional ‘prop’ elements will enter the space over the course of the exhibition as the project and game design evolves. The resulting game(s) will consider both physical and online play scenarios, and will be publicly play tested by the conclusion of the exhibition. Perceived limitations of interspecies communication will be seen as grounds for speculative potential, and all engagement with living entities, fictional or otherwise, will be approached with respect.

‘All Flesh is Grass’ is a collaborative project by: Una Hamilton Helle, Eltons Kuns, Uma Breakdown, and curator Erik Martinson. During the exhibition Of Animacy Reading Group, convened by Nella Aarne, will host online sessions focused on pertinent texts to the project.

The collaborative group discussions resulted in an online Larp, hosted by myself and Erik Martinson, and based on the themes discussed in the reading group (plant horror, non-human sentience and empathy as an approach to gaming ++). The physical exhibition formed a 'set' to a thought experiment where players navigated both human- and plant-being in a screen-based medium.

The research scrolls that were present in the exhibition can be read here and here.

The online LARP/RPG A Corpse at Findhorn: The Symbiotic Garden, was played at various points during the exhibition run. More info here. 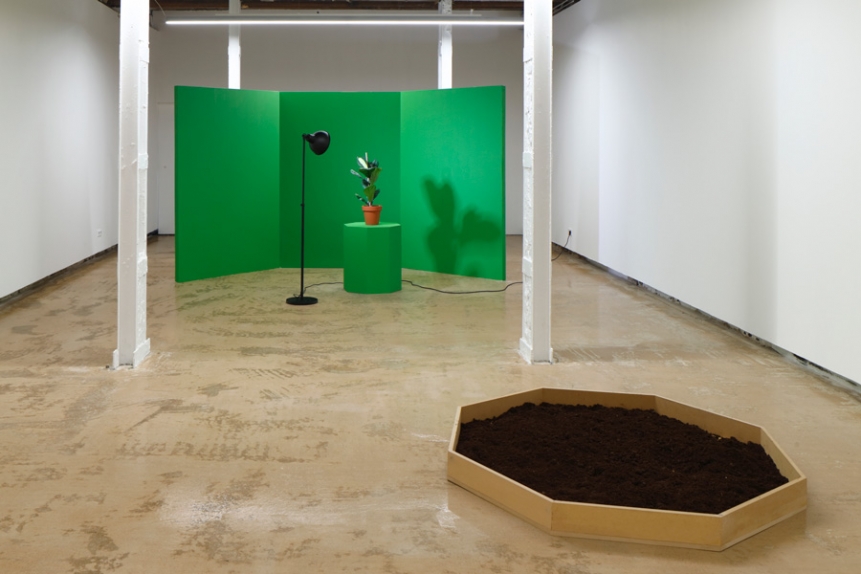 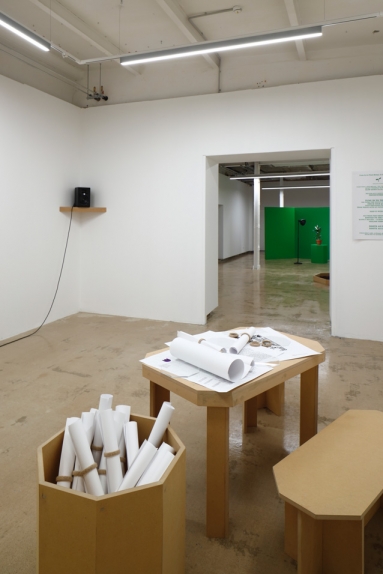 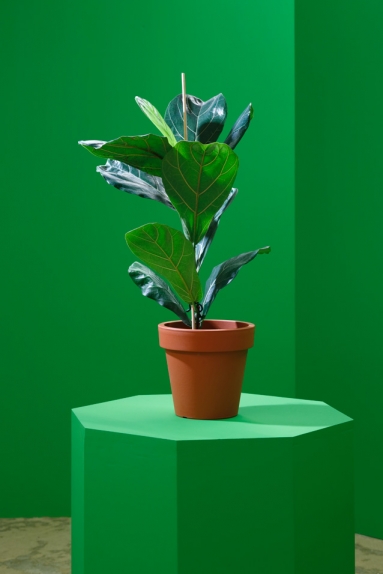 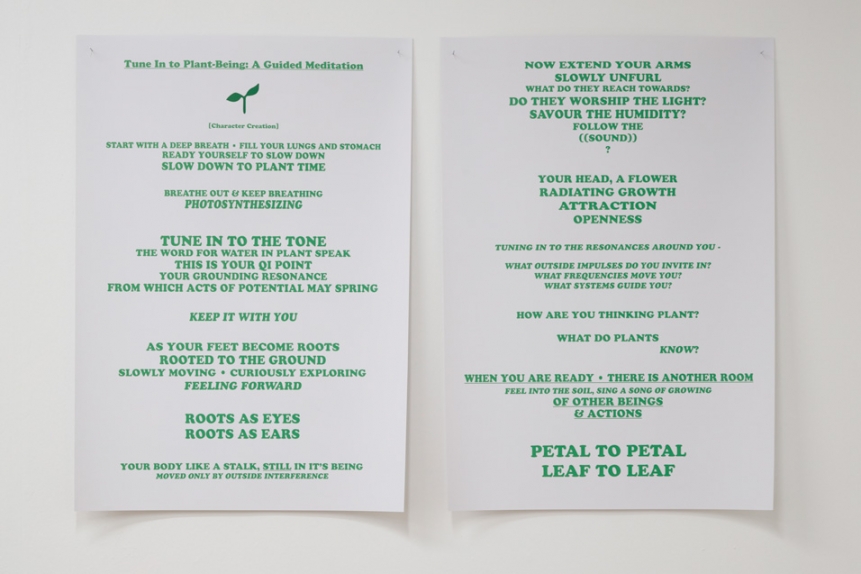 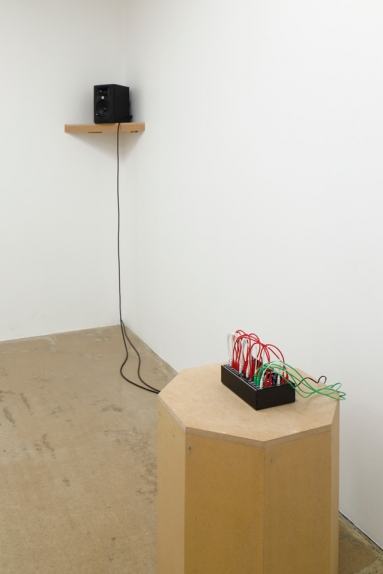 Modular synth programmed to play between 200-300Hz; a frequency posited as "the word for Water in plant language" 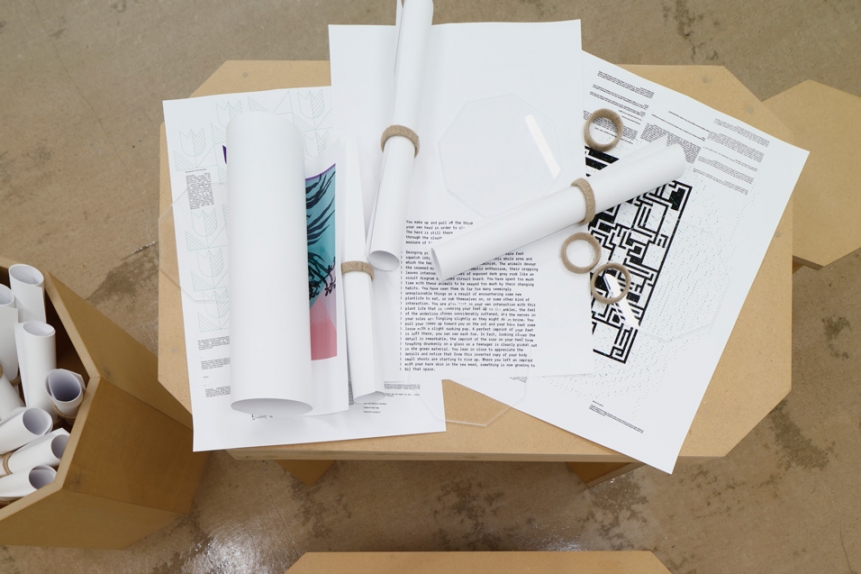 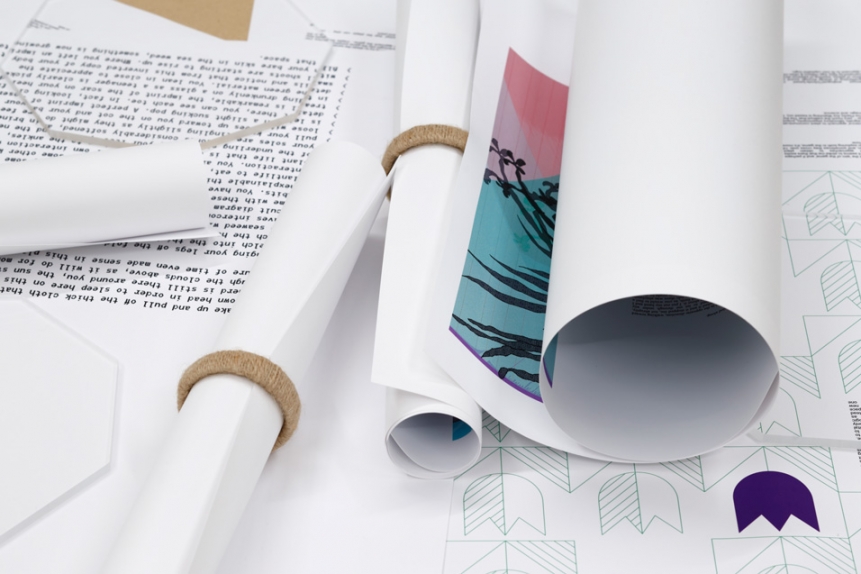 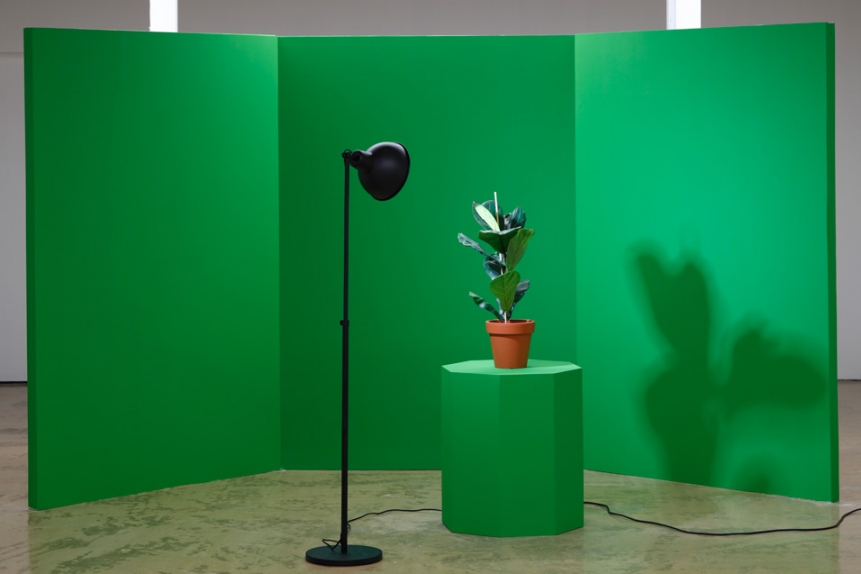 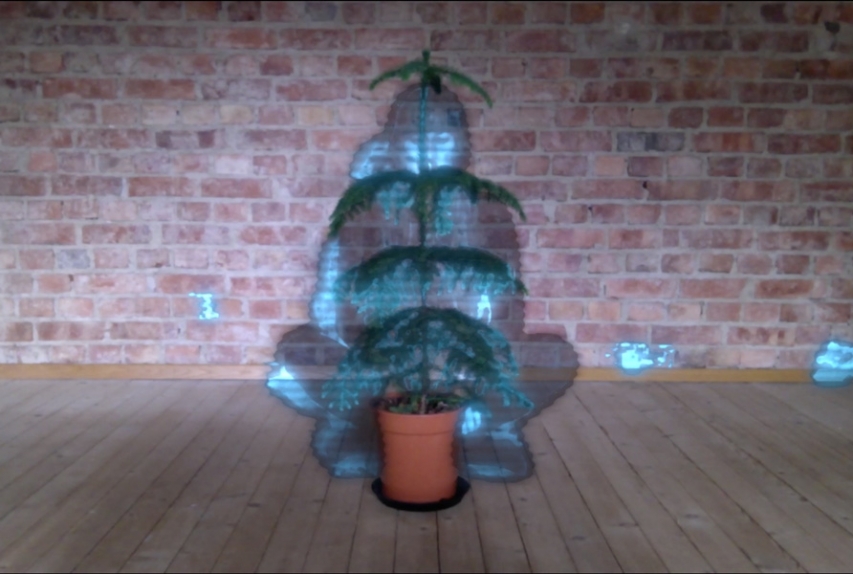 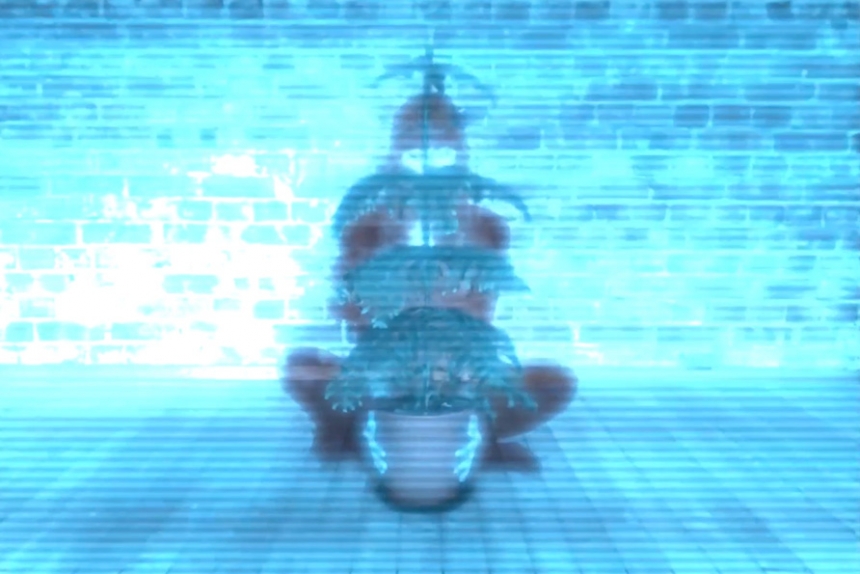 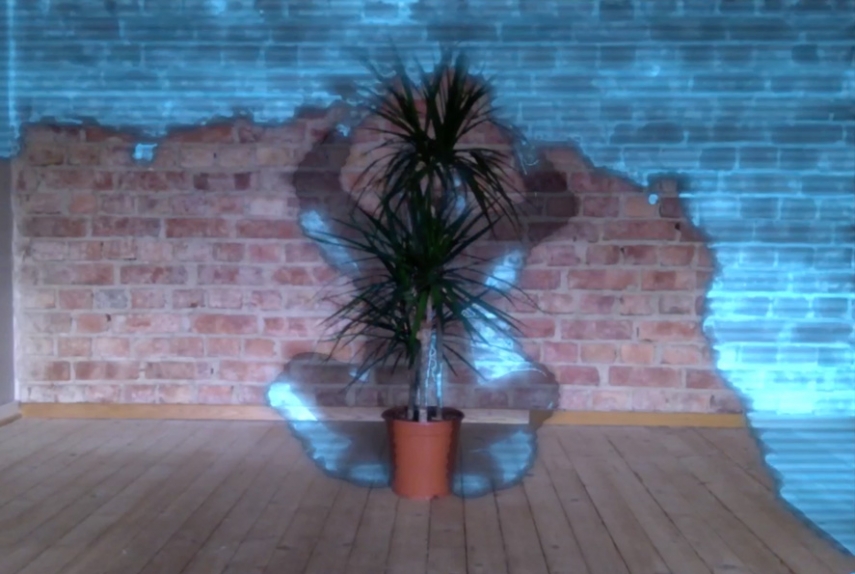 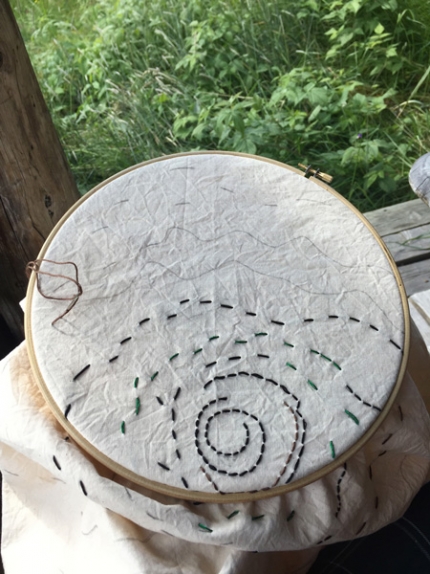 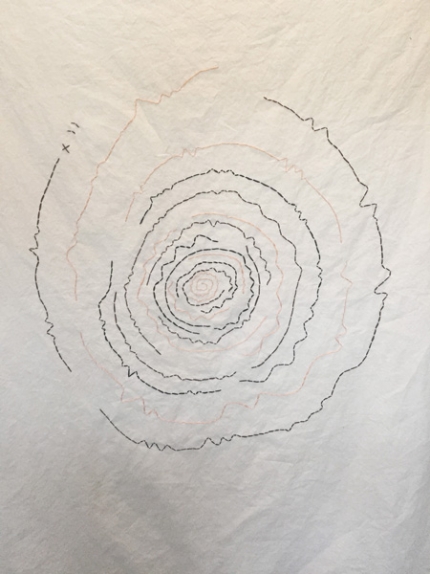