Becoming the Forest is an arts and music publication which looks at the relationship we have to our surroundings. It is part of a long running arts project by Una Hamilton Helle which is inspired by how the Northern hemisphere’s dense spruce forests defined the aesthetic and philosophy of the musical subculture of black metal. Since its inception in the late 80’s, the genre has become entangled with this topography through its imagery, mythology and lyrics. Its focus on the natural world, heritage and atmosphere forms the starting point for an exploration in zine form that stretches beyond the musical genre, resulting in a project that wishes to both highlight and counter the anthropocentric interpretation of the world.

The third issue includes specially commissioned essays, interviews and illustrations by historians, cultural critics, plant researchers, artists and black metal musicians. It’s pages include contributions about the birch tree as seen in Russian folklore and art history; a meeting of indigenous knowledge and the biological sciences when researching plant behaviour and sentience; the oak forest as a cultural projection screen in German nation building and the collaged results of a trip to a remote Norwegian cabin surrounded by the voices of our non-human neighbours.

The Celtic tree alphabet of Ogham runs through the issue, as do forest landscapes, magic sigils, spirit songs, tree mythology, lycanthropic end times and interviews with an international host of bands whose music is intricately linked to the places they exist within.

Betula problematica: talking birch trees in nineteenth-century Russia
Tom Jeffreys
In which the history of the world’s largest country is found to be permeated by the roots of a humble but hardy tree

Interview: Vemod (NO)
Wherein the patterns of glaciers melt upwards into shimmering music and Northern Lights

Deep Listening: Tuning into the frequencies of plants
A conversation between plant researcher Monica Gagliano and Una Hamilton Helle in which we learn how to truly listen to plants

Interview: Grift (SE)
Wherein a creator of desolate soundscapes gives us an insight into his grey-hued surroundings

The Nature of the Nation. The German Forest as a Paradigm and Ideology
Johannes Zechner
In which the forest becomes a projection screen for the stories a nation told itself

A Gathering: We Came by Foot
Lotte Brown & Una Hamilton Helle
In which a mountain is climbed, the Genius Loci is found, rot is recognised as life, wolves defy the concept of borders, a woman gets eaten by the devil in disguise, five beasts announce the end of an era and a new cosmology is needed.

Stay up to date with new issues, reprints and associated events by joining the newsletter, follow the FB page or instagram.

Images ---->
The book is pictured before two oaks; one which was felled when 500yrs old, and which has held its current timber structure up since the time of Henry VIII (if you squint you might be able to see the apotropaic mark of the daisy wheel, carved into the beam to ward off maleficium) & one which still stands outside the Tudor building today. 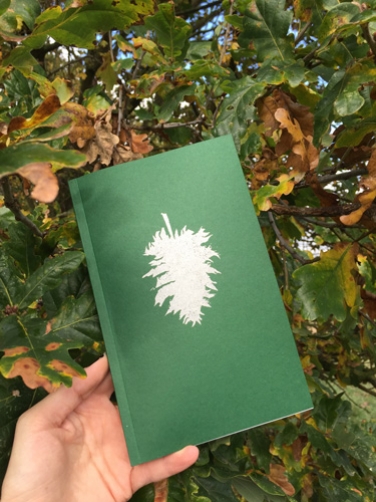 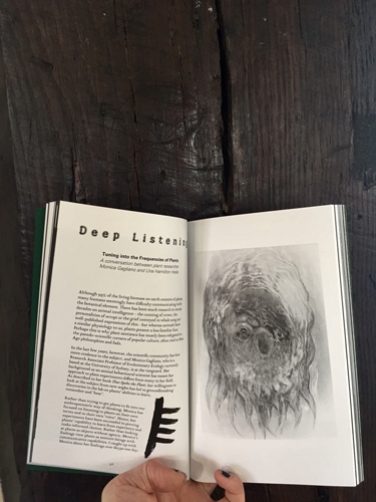 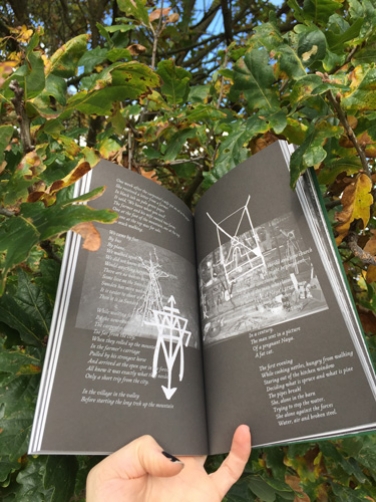 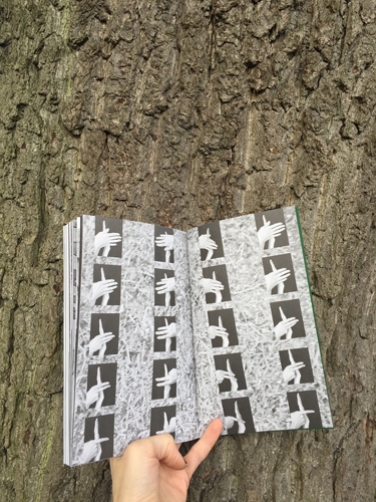 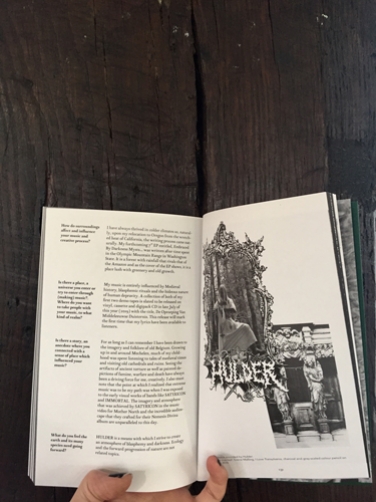 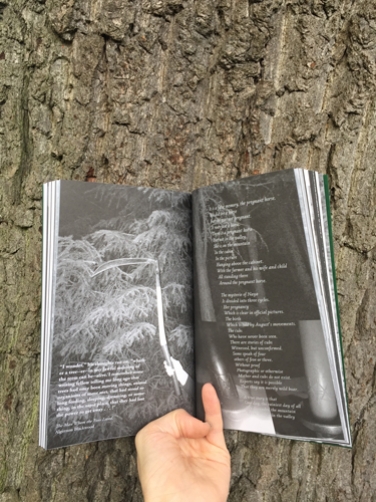 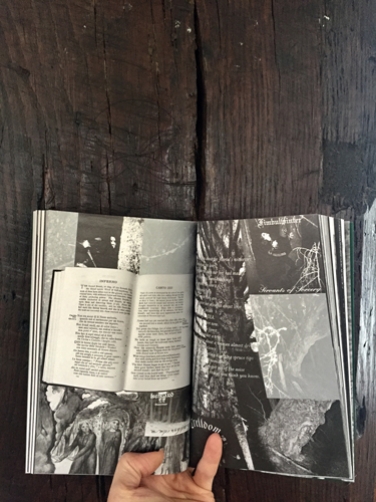 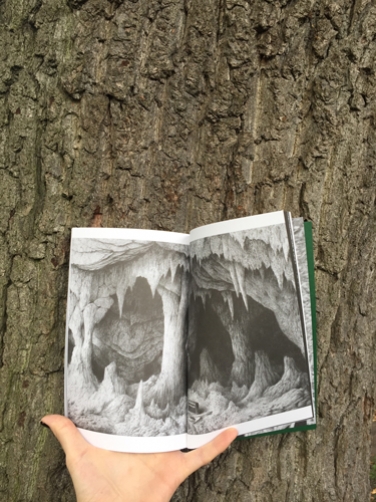 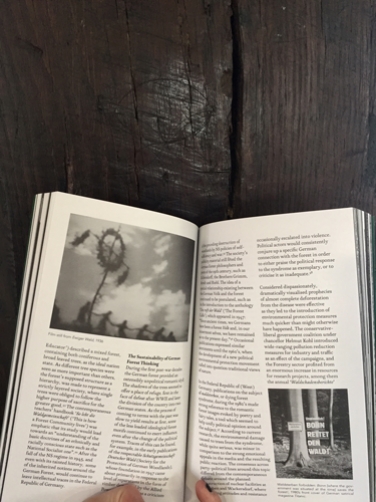 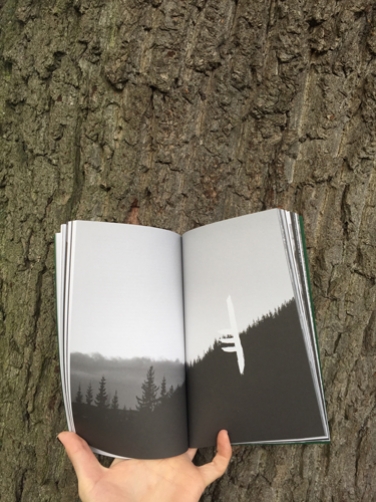 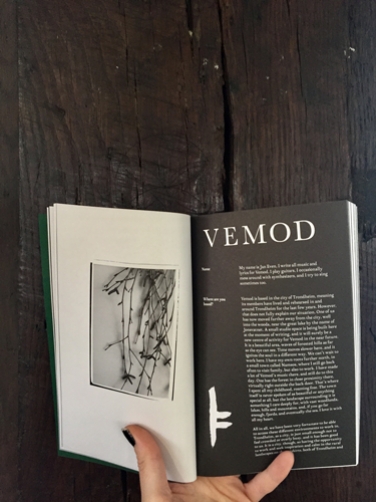 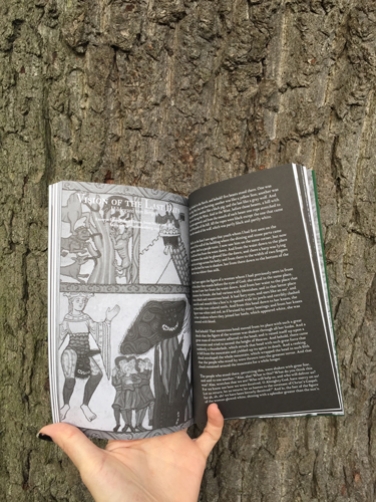 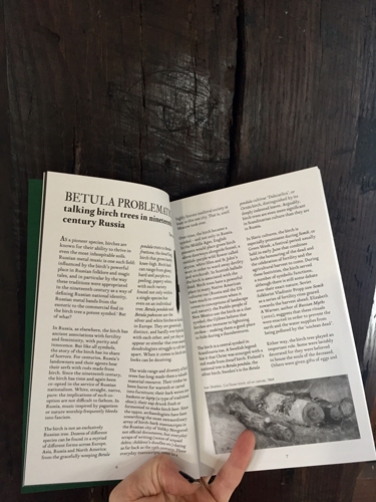 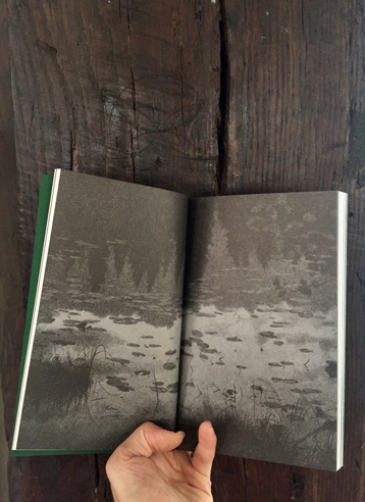